Rowing Scholarships in the USA.
Achieve your full potential,
with our full support. 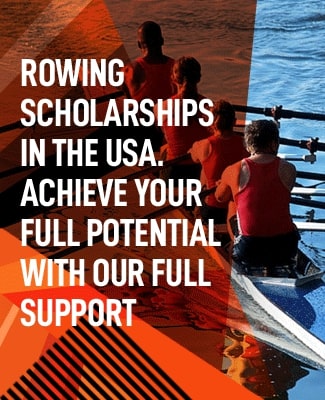 Can You Get A Scholarship for Rowing? How Good Do You Have to Be?

While the erg is not the only measure of a rower, it is used by many coaches to get an idea of an athlete’s capabilities. Many coaches recruit based on academic history combined with the athletic potential of the applicant. Rowers need to have stamina, good balance and timing, and lots of strength. Unlike other college sports, you don’t need any experience to join a rowing team in college. As long as you are willing to put in the hard work and the time, you can be part of a team as a novice.

Is Men’s Rowing an NCAA Sport?

Did you know 85 percent of collegiate rowers were members of either a high school or club rowing team? The remaining participants come from varied high school athletic backgrounds. It’s also important to realize the time commitment necessary to participate as a collegiate rower. It’s almost like a full-time job while attending college. Rowers can look to spend 28 hours per week in training and team-related activities in addition to an average 46 hours per week earmarked for academics.

What happens on a call?

A call with our USA Education Consultants is your first chance to discuss your future academic or sporting pathways with an expert.

During the call, you will:

Get started with FirstPoint USA